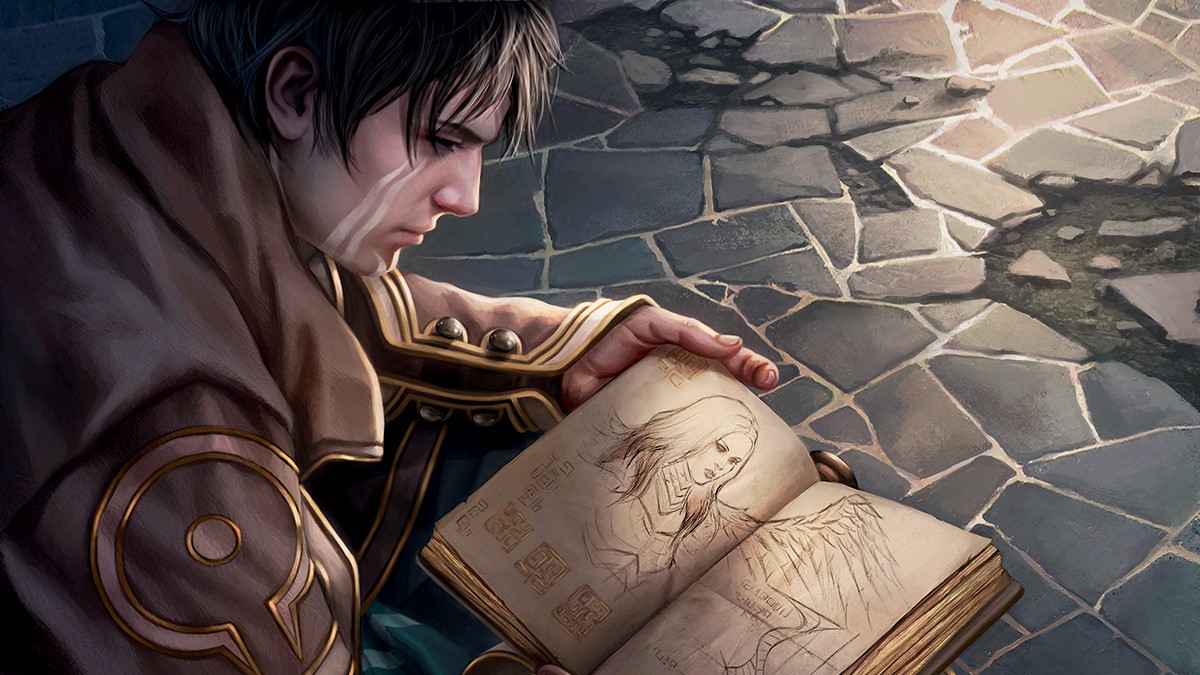 Pioneer has been around since before the pandemic, debuting in October of 2019. Until recently, Pioneer appeared primarily online, with a few large paper events featuring the format as part of trios events. Even online, the Pioneer leagues saw roughly 300 to 400 average players, far below the 1600 of Modern. With the latest organized play announcement pushing Pioneer into the limelight through the Regional Championships and first Pro Tour featuring Pioneer, we have already seen a massive spike in Pioneer players in the Magic Online leagues and premier events.

Today, we’re going to look back at the past week’s Pioneer events, including Preliminaries, Challenges, and a Super PTQ all featuring Pioneer as our data set and introduce players to the top decks of Pioneer along with other decks to know if you plan on joining events online. Finally, I’ll make some predictions on where the meta will head based on the results of this weekend along with my recommendation for what I would play this upcoming weekend in the challenges!

When looking at our data set, these are the top performing decks from the past weekend. The criteria for what constitutes a finish we count is:

These results are listed in order of importance assigned to them based on the size of the event and the perceived competitive difficulty ascribed to each event by the frequency of the event taking place.

With 10 qualified finishes this past week, Lotus Field continues to stand out as the prevailing spell-based combo deck of Pioneer. Leveraging a combination of Lotuis Field and Thespian's Stage to generate massive mana advantages, paired with untap effects like Pore Over the Pages and Hidden Strings, this deck eventually uses Emergent Ultimatum to set up a one-turn kill. With a goal of killing on turn 4, this is easily one of the most consistent and deadly decks in the format, especially when aggressive decks are absent from the top tables.

With nine qualified finishes this past week, Izzet Phoenix acts as the format’s most consistent top finisher. Cards like Expressive Iteration, Opt, and Consider enable consistent draws and early Arclight Phoenix to threaten the opponent before powerful delve spells Temporal Trespass and Treasure Cruise take over the end game. With the printing of Hall of Storm Giants, Phoenix has picked up an even stronger late game and abuses the power of multiple extra turns in a row to finish off games, much like the Alrund's Epiphany decks of Standard did before that card was banned.

Also, with nine qualified finishes this past week, Naya Winota is the de facto creature deck of Pioneer. While other creature decks exist, few have soared to such heights in the metagame as Winota. A card banned in Standard, Winota, Joiner of Forces enables early Elvish Mystics, Llanowar Elves, and Prosperous Innkeepers to power out turn three or four Tovolar's Huntmaster. With the printing of powerful Human Werewolves in Innistrad Midnight Hunt, Winota got a resurgence of consistency and power that has kept this deck at the top of the meta ever since.

The final deck with nine qualified finishes this past week, including winning a Season Championship slot from the Super PTQ, Mono Red Aggro has flourished of late due to the resurgence of Lotus Field and Azorius Control, both which struggle against linear aggro decks topped off with burn spells. While potentially weaker into some of the other top decks of the format, Mono Red Aggro has shown staying power since the ban of Lurrus knocked down some of the other aggressive decks in the format. With powerful new cards like Chandra, Dressed to Kill and Kumano Faces Kakkazan paired with burn staples Eidolon of the Great Revel, Den of the Bugbear, and Light Up the Stage, Mono Red is poised to remain the best aggressive deck in the format.

The first of the two popular Rakdos decks in Pioneer, Rakdos Midrange leverages traditional Midrange staples, such as Fatal Push, Chandra, Torch of Defiance, Bonecrusher Giant, and Thoughtseize to keep the opponent off-balance through a mix of threats and answers. Especially effective into decks like Lotus Field, Mono Red Aggro, and other creature-based strategies, Rakdos Midrange continues to rise in popularity, picking up five qualified finishes this week, the next highest after the group of nine and ten finish decks mentioned above.

We’ve seen a split among Azorius Control decks lately, with some builds picking up 20 extra cards to play Yorion, Sky Nomad, while others stay closer to the original Azorius Control builds, opting into only playing 60 cards. For the purposes of this data, we are combining the two builds as they play the same cards, just with higher counts in the Yorion version.

With four qualified finishes this week, Azorius Control had a rough week after dominating the Super PTQ two weeks ago. As decks like Mono Red Aggro and Lotus Field continue to show up in larger numbers, expect Azorius to struggle. However, if more Midrange decks continue to rise in popularity to attack these aggressive decks, the expect Teferi, Hero of Dominaria, The Wandering Emperor, and Absorb to rise to the top of the meta once again.

With the banning of Lurrus, people pronounced Rakdos Sacrifice, or Oni-Cult Anvil dead on arrival. However, after a string of top finishes by Magic Online player Jaberwocki including a Challenge victory, this archetype is back to stay. Levering the addition of Mayhem Devil to an already strong core of Deadly Dispute, Oni-Cult Anvil, and the Cauldron Familiar – Witch's Oven combo, Rakdos Sacrifice attacks creature decks like Winota and threatens controlling decks through recursive value engines that are hard to answer. With four qualified finishes, Rakdos Sacrifice is the last deck that put itself apart from the pack this weekend.

Now let’s look at some decks that over-performed this week but haven’t had the consistent quality finishes to land in the top echelon of Pioneer quite yet.

Splitting the finals of the Sunday Challenge, Izzet Control continues to develop from a fringe archetype to a reasonable contender in the meta. Izzet Control picks on other control decks through Narset, Parter of Veils combination with Day's Undoing along with difficult to answer threat Niv-Mizzet, Parun.

Izzet Control doesn’t quite have the tools that a deck like Azorius Control does to attack an open field. Against the right meta however, Izzet Control can rely on consistent card draw and removal backed up by a lock-based combo that nearly wins any game that is at relative parity.

Niv to Light had a great weekend, finishing with a top 8 and top 4 placing in the two challenges. However, upon further inspection, you’ll find that both finishes were by perennial Niv champion Claudioh, whose prowess with the deck continues to produce results well beyond the decks’ capabilities in nearly any other hands.

Leveraging powerful spot removal and sweepers to attack aggressive decks and Niv-Mizzet Reborn as a card advantage engine against Midrange, this Bring to Light toolbox deck is the ultimate midrange killer. When the meta looks like it does now, with Lotus Field, Mono Red, Winota. and Azorious Control running around rampant, it is tough to see Niv performing to a high level in anyone’s hands other than Claudioh.

Mono Blue Spirits is another deck that put up a pair of strong finishes in both the Sunday challenge and the Super PTQ. Much like Niv though, the same pilot who has most top finishes and 5-0 decklists with this archetype, Herotsukai continues to carry this archetype forward, despite the lack of overall success being found by other pilots. While more consistently able to find top 16 level success, when you look at top 8s or better, it really narrows back to a singular pilot and that doesn’t instill long term confidence in the archetype’s success.

Based on the results from this past week, I expect there will be an uptick in dedicated Lotus Field hate, specifically cards like Alpine Moon and Damping Sphere out of decks that can apply enough pressure that Lotus Field can’t just tutor up land-based answers like Boseiju, Who Endures.

In line with that prediction, I suspect we may see a continued rise of Winota decks, but with some more creature-based Lotus Field hate, such as Archon of Emeria over Deafening Silence and even maindeck Thalia, Guardian of Thraben. Winota will also likely see an uptick in popularity as it’s a good entry point for players learning the format and punishing the Mono Red decks that are rising in popularity as well.

In turn, due to the rising popularity of Mono Red Aggro and Winota, I expect to see Rakdos decks (both Midrange and Sacrifice) pick up in popularity. Given these decks can customize their sideboard plans to adequately attack combo and control as well, they are well positioned to breakout with some top finishes this week.

Finally, we should continue to see a downtick in Azorius Control, due in part to the rise in popularity of Lotus Field and Mono Red Aggro and due to the difficulty of finishing matches in time on Magic Online, especially in the Azorius Yorion mirrors. In the Super PTQ, I played the 95 card mirror four times and multiple matches ended after game 1 with less than five minutes left on the clock for both players.

What I Would Play

This week, with the continued rise of Winota and other creature decks to punish Lotus Field, I would play Rakdos Midrange.

The various pieces of spot removal that can answer threats like Winota, Joiner of Forces, Monastery Swiftspear, and Teferi, Hero of Dominaria all while backed up by Thoughtseize and powerful Planeswalkers looks like the best avenue to attack the current meta. While you will need to customize your sideboard, the prevailing builds that won Saturday’s challenge would be my starting point.

Thanks everyone for reading and be sure to check out the rest of MTG Meta for more tools and resources to best prepare for all your upcoming events!