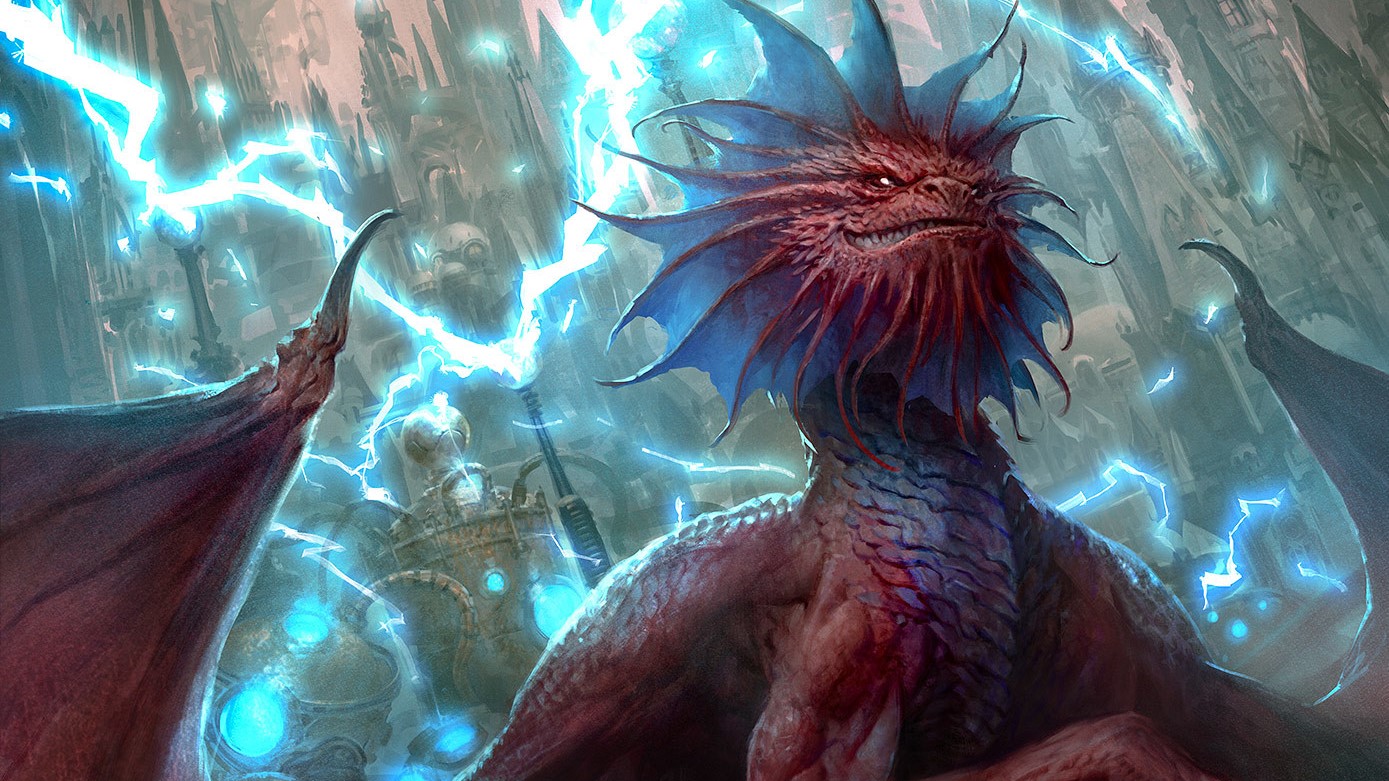 This week we continue to see the increase in Pioneer’s popularity. The Magic Online leagues are holding strong over 700 players, prices of Pioneer staples have skyrocketed in the past week, and major content creators like Aspiringspike and Kanister have started adding Pioneer to their streaming rotation. With more eyes on Pioneer than ever, it’s a good time for one of the most important Magic Online events of the season with the Magic Online Championship Showcase running this past weekend.

The Magic Online Championship Series Showcase is a small-scale event, this time with 28 players, that you must qualify for via top-8ing a Showcase challenge or 5-0ing a Last Chance Qualifier. Regarding Pioneer specifically, these are the highest caliber tournaments outside of the upcoming Organized Play events coming later this year and into 2023.

So, for this week we are covering our usual data set consisting of:

In addition, we are also including two new types of events with three finishes qualifying for our data set:

If your eyes are lighting up at the ‘Top 14’ finishers in the Magic Online Championship Series Showcase, that’s understandable given we almost exclusively use top-16 as the cut for these results. However, given the small-scale nature of these events, the top 14 finishers each finished at least 3-2, so I am only including results that finished the five-round event with a positive record.

Now, looking at these results, what stood atop the Pioneer metagame this week?

With 13 qualifying results this week, Rakdos Midrange leapfrogged to the top of the winners metagame. Unfortunately, the deck didn’t manage to take down any of the larger events, with plenty of close finishes, but the decks’ inability to close out against other top decks is one of the decks weaknesses that will continue to hold it back in the future. However, the deck continues to show up as the most consistent top finisher. A great example of being the deck to play if your goal is to top 8, but maybe not if your goal is to take down the whole tournament.

Winota rebounded from a tough weekend with 12 qualifying finishes. With the majority of those 12 finishes coming from challenges, Winota continues to be a major player in the format. The matchup against Izzet Phoenix being difficult is likely the biggest issue the deck has along with the prevalence of removal in the rising Rakdos decks. Winota managed a 3rd/4th place finish in the Magic Online Championship Series Showcase alongside Rakdos Midrange, but neither deck made the finals and Winota similarly put-up consistent top 16 results, but no wins or even finals this weekend. Both these top decks are great choices in the blind but can be targeted by specific top decks in the metagame.

After a tough last week wherein the combo decks and rise of Mono Red led to a fall off, Azorius Control rebounded with 8 qualifying finishes. These finishes split between LCQ / Prelim events and the challenges / Magic Online Championship Series. While putting up a top 8 and top 16 in both events, neither finishes live up to the top performances we’ve seen from Azorius Control in the past. The deck appears to be struggling to keep up to the metagame’s shifts and will likely continue to struggle to put up top results if these changes stick.

Mono Red Aggro put up 7 qualifying results this weekend, but only two came outside of prelims. While a top 16 in a challenge and a top 8 in the Magic Online Championship Series are worth noting, the frequency of prelim finishes versus top finishes in larger events are starting to make me worry that the presence of Rakdos Midrange is starting to push Mono Red down in terms of top finishes. If Rakdos Midrange continues to show up in such numbers, I’d expect Mono Red to fall back into the outlier category once again.

Izzet Control is a deck that was once an outlier but continued to put up strong results each weekend. This weekend, it really exploded in terms or results. With a Challenge win and 5 top 8s out of the six qualifying finishes, Izzet Control leverages the power of Narset, Parter of Veils and Day's Undoing alongside Niv-Mizzet, Parun and red removal. While seemingly the weaker control deck to Azorius Control, these past two weekends have quickly catapulted this deck up the Pioneer tiers and is on the way to becoming the best control deck in Pioneer.

How can we talk about the top decks in Pioneer without talking about Izzet Phoenix? Well, we can’t. With 5 qualifying finishes, you wouldn’t expect too much fanfare except for one note: The deck came 1st and 2nd in the Magic Online Championship Showcase with 74 of the same 75 in 1st and 2nd. Toss on top a challenge top 4 and a 2nd place finish in the second challenge, Izzet Phoenix wasn’t having the highest quantity of finishes, but for me, it certainly had the highest quality of finishes.

These decks caught my eye either for their underperformance compared to expectations or as a decks that came out of nowhere to find some success. While not as prevalent or perhaps refined as the top decks, these decks are often worth considering when attacking specific metagames.

Lotus Field suffered heavily from the influx of Winota and Rakdos Midrange. While both are matchups you can beat, generally they are less favorable against stronger pilots who know how best to approach the matchup. Going from having strong weekend after strong weekend, we finally saw the wheels fall off as Lotus Field only put up 2 qualifying results. I’d honestly have been harsher towards this deck had those results not been at top 14 finish in the Magic Online Championship Series and a 1st place finish in Saturday’s challenge. While expectations remain high for this deck, I wouldn’t be surprised to see it fall down a few slots if the meta continues to attack both it and its best matchups.

A delve-based combo deck that rushes out a six drop in Hooting Mandrils and Tasigur, the Golden Fang, before using Neoform to bring out Velomachus Lorehold himself. This big dragon used to find Time Warp in Modern and now finds Karn’s Temporal Sundering and Part the Waterveil to combo kill opponents before they ever get another turn. While seemingly a bit fragile, this deck has been putting up some 5-0s in leagues and finally saw a small amount of success in the challenges with a top 16 finish. While it’s far too early to say much more about this deck’s future, the potential is interesting for sure.

other
pioneer
buy from TCGplayer $256.4

Another former staple of the metagame, Jeskai Ascendancy started popping up again in the 5-0 lists before finishing in the top 16 of one challenge this weekend. While we’re still a bit away from welcoming this deck back into the top echelons of Pioneer, I try to keep a close eye on any combo decks that start to make waves. With a different matchup spread to Lotus Field, sometimes we can see a top combo deck fall and a different one rise to attack the newer metagame.

I think the metagame made a hard course correction after Azorius Control and Lotus Field were doing quite well. With the rise of Rakdos Midrange and Winota coming back to attack those decks, it’s reasonable to see those two decks having a rough weekend. The other side of that coin though, is that with the increased presence of Rakdos Midrange and Winota, we saw Izzet Phoenix and Izzet Control storm through the field. With plenty of red removal, card draw, and combos through delve or Days Undoing, these decks went over the top of the midrange decks while still managing to fend off the aggro decks.

While I expect to see more decks trying to attack these Izzet decks next week, if Rakdos and Winota stay large portions of the metagame, it will be tough to attack Izzet and the open field. We are starting to see the continuation of the rock-papers-scissors metagames that developed during the Lurrus period. With Aggro displacing combo and slower control, Midrange moves in to attack the aggro decks, and soon the decks that are one step slower and more top heavy like Phoenix and Izzet Control do well. The next step in the process is decks like Azorius Control to come back into favor if the aggro decks are pushed all the way out, going that one step over the top of the Izzet decks.

I’ve already 5-0’d this week with Azorius Yorion Control and I expect it to remain a good choice going into this upcoming weekend!

I’d play Azorius Yorion Control, looking to target the rising Izzet decks while having reasonable game against both Winota and Rakdos Midrange. With the presence of Rakdos Sacrifice, Mono Red, and Lotus Field lowering, it seems like a good time to be playing Teferi, Hero of Dominaria and Dovin's Veto.

Thanks everyone for reading and be sure to check out the rest of MTG Meta for more tools and resources to best prepare for all your upcoming events!