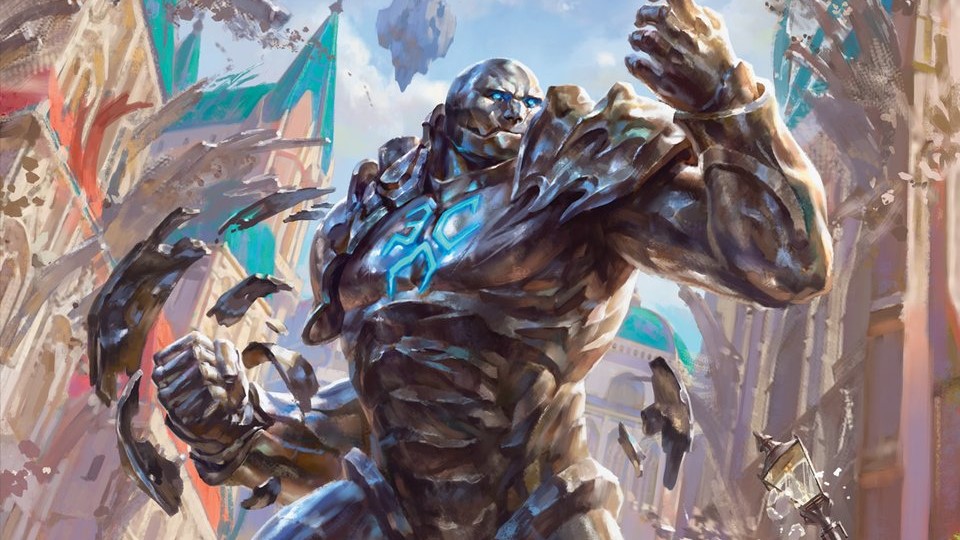 After the excitement of the Magic Online Championship Showcase last weekend, this week we return to our more regularly scheduled events on Magic Online. We’ve had lots of shakeups in the upper echelons of Pioneer, with many large Magic streamers and content creators joining in on the format.

From Aspiringspike’s Grixis Delver deck to Kanister’s new take on Mono Green Karn with a one-turn combo, we are starting to see the fruits of adding Pioneer to the premier Organized Play formats. While not all these decks will end up surviving into the winner’s metagame, it shows there is still plenty of room for innovation within Pioneer and that’s before Streets of New Capenna comes out later this month!

So, for this week we are covering our usual data set consisting of:

In addition, we are also including one large paper Pioneer tournament. Over in Japan this past weekend, there was the God of Pioneer tournament, which is part of Hareruya’s God of series. Much like when we see Star City Games or NRG events, large scale paper events will count for our data sets.

Now, looking at these results, what stood atop the Pioneer metagame this week?

While Izzet Phoenix tops this weeks’ list of qualifying finishes with nine, most of those finishes come from preliminary events and there are no top 8s in challenges for this deck for what feels like the first time in months. While the Rakdos decks have started to dwindle, the rise of Izzet Control and the presence of Azorius Control make this deck feel weaker than it has in ages. If there aren’t an amassment of small creatures to kill with red removal, Phoenix can run into the problem of hitting the late game against decks that are better suited for it than they are by design. Also worth noting, unlike Lotus Field that can adapt to not care about Narset, Parter of Veils, the rise in a deck running four copies maindeck is a real issue for Phoenix.

The hottest deck in Pioneer the past few weekends, Izzet Control continues its red-hot streak with eight qualifying finishes, three top 8’s and a win this past weekend. This deck has all the same removal as Izzet Phoenix save for Lightning Axe, but instead of playing Arclight Phoenix, your threats are Niv-Mizzet, Parun and the combination of Narset, Parter of Veils and Day's Undoing or Collective Defiance. Having the Narset lock is an incredibly powerful option right now and greatly improves the deck’s ability to fight otherwise difficult matchups. While this deck can fall out of favor, Izzet Control’s place in the meta is directly related to the strength of red removal and Narset, Parter of Veils and both are exceedingly well positioned right now.

Lotus field didn’t have an electrifying weekend, but after the poor performance last weekend due to the rise in Rakdos decks, seeing it bounce back with five qualifying finishes including a 2nd place finish on Sunday helps to quell the alarms that this deck was doomed in the current meta. While the rise of Rakdos seems to have waned this week, decks like Mono Green Devotion and Winota filling those missing Rakdos decks’ places will likely keep Lotus Field in check. Though, with Mono Red having a very weak showing this weekend, I wouldn’t be surprised if Lotus Field starts to have a small rebound again this next week.

Last week I said that Azorius Control is the deck that I would play, and I feel like that was a solid choice. With five qualifying finishes including a win in Sunday’s challenge, Azorius Control continues to be one of the top control decks in the format. However, the stock of Azorius has started to go down a little with the rise of Izzet Control. While I think Azorius is favored in the head-to-head matchup, I think the overall matchup spread for the deck is weakening due to the need for red removal to answer cheap creatures in the format right now. The deck continues to show up and likely will remain a top contender through the release of Streets of New Capenna, but the deck feels worse positioned than it did last week.

Naya Winota returns once again with a solid set of five qualifying finishes. With three of those coming from the top 16 or better in the God of Pioneer event, it is safe to say that in paper, Winota still manages to put up results. Online, however, we are seeing decks find more and more weaknesses at the highest levels. With red removal at its most played right now, it is hard for creature centric decks to thrive. Add in cards like Supreme Verdict, Combo decks that can go over the top of your slower hands, and you have a recipe for a tough weekend for Winota. I suspect we will continue to see Winota struggle as the top control decks in the format aren’t going anywhere.

These decks caught my eye either for their underperformance compared to expectations or as a decks that came out of nowhere to find some success. While not as prevalent or perhaps refined as the top decks, these decks are often worth considering when attacking specific metagames.

Let’s start with the good. Mono Green Karn Combo had a fantastic opening performance this weekend putting up four qualifying finishes including a top 8, a top 4, and two top 16s in the challenges. This version of Mono Green is very powerful, leveraging the same strengths as older versions, namely Nykthos, Shrine to Nyx alongside powerful Planeswalkers and mana dorks. However, this version also has a one-turn kill leveraging infinite mana, infinite life, and mills out the opponent, so you can even beat infinite life or large board states.

By looping Restorative Burst alongside Kiora, Behemoth Beckoner, and Karn the Great Creator alongside 15 devotion, you generate infinite mana and life before using Pestilent Cauldron to mill out the opponent. I’ve gone 12-3 with this deck so far this week and fully expect this deck to make waves moving forward.

Now onto the bad. Mono Red Aggro had 8 qualifying finishes, which would normally put it in the top decks section, but 7 of those finishes were in Preliminary events and the one finish was in the God of Pioneer event. Managing zero top 16s out of two challenges is a tough spot for a deck perceived to be in the top of the metagame. With the rise of even more red removal and this new Mono Green deck that destroys red, I can’t imagine we will see Mono Red do much for the near future. With this shift, I would consider that Lotus Field will be losing one of its worst matchups from the winners metagame.

Mono Blue Spirits put up a solid weekend once again, this time with three qualifying finishes. The thing of note is that normally I would discuss the fact that HEROtsukai hard carried the archetype, and don’t get me wrong, they did top 8 one of the challenges, but in seeing two other top finishes outside of the most well-known spirits player, that is a cause for interest.

One of the key factors in a deck making waves in the winners’ metagame to me is that players outside of the archetype specialists can put up results with the deck. While that does limit some decks from climbing towards the top of the metagame, we are starting to see Mono Blue Spirits break free of those shackles and potentially move up into a real metagame share worth noting.

I’ve mentioned it several times already, but if you haven’t played with or against the Mono Green Karn deck in its current form, you really should. This deck has been everywhere in the challenges, the preliminaries this week, and the leagues. Streamers and grinders alike are playing this deck and if you have a bad matchup into big green creatures, you are in danger.

This is a major factor in why decks like Mono Red and Rakdos Midrange are suffering and will continue to suffer. With both decks falling down a bit, look out for a rise in Lotus Field, especially since it is one of the decks that can race the Karn decks depending on who has a faster time amassing their resources.

Control still dominates the top tables of the metagame right now and for the first time in what feels like a year, Izzet Phoenix is finally starting to have a rough time. While it certainly will have rough weeks here or there, the adaptation of cutting Thing in the Ice will not work out well into decks like Mono Green. The Izzet Control decks are still on four copies of Thing in the Ice, and it is one of the best ways to tempo out green creature decks. I suspect we will continue to see Izzet Control as the dominate control deck results-wise, but Azorius Control will still be a deck to fear for most decks in the format.

Right now, if I were playing in a major event this weekend like a challenge, my top priority would be to figure out how best to attack Mono Green Karn and the two top Control decks in the format. If you struggle into those decks, you are going to have an uphill climb this weekend!

I would play Mono Green Karn with the one-turn kill combo. I can’t say enough about how much this deck has impressed. The only matchups I have found difficult are Winota and UB control decks that can exile creatures, counter Planeswalkers, and control the graveyard through cards like Cling to Dust to deal with Storm the Festival. Learning how the deck plays and how to operate the combo are both barriers to entry, but once you’ve navigated it a few times, you’ll be milling people out in no time. Or just killing them with big dumb green creatures, whichever comes first.